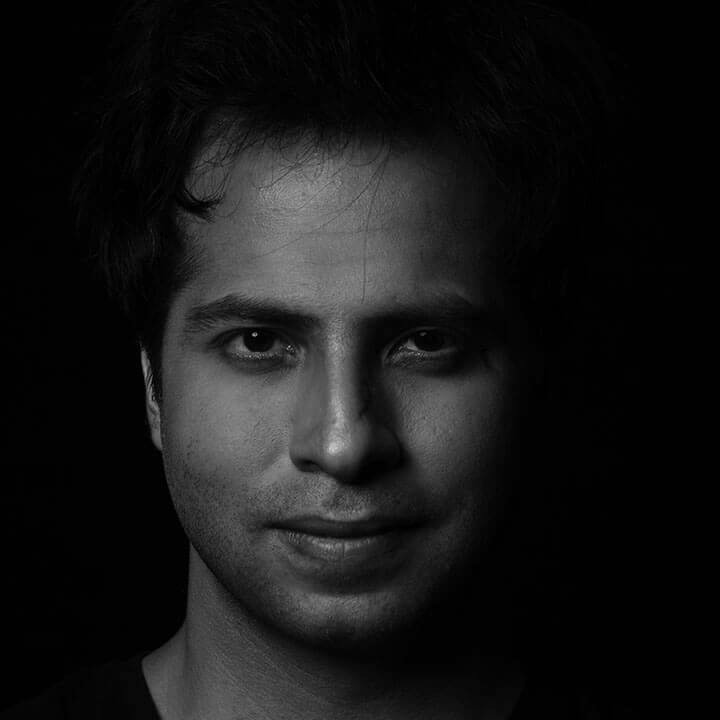 
As a child, Sumeet Nagdev studied gymnastics and mallakhamb at Shivaji Park. Initially he was more interested in sports, however his interest in dance developed when he started his training in folk dance in Senior school. He went on to study jazz, ballet and modern dance with Oscar Unger, Veronica Balsara and Mahesh Mahbubani respectively. In 2007, he graduated with distinction in management studies and was awarded a scholarship with the Martha Graham Dance Company. The scholarship included intensive training in Graham technique and repertoire. He was also awarded a scholarship with ECNAD Singapore and studied with Tan How Choon and Chin Huat. Furthermore, he studied under Tripura Kashyap for Dance Therapy and Pandita Uma Dogra in Kathak while concurrently running SNDA.

In 2010, he was shortlisted as an international choreographer in residence for the 6-week American Dance Festival. In the festival he performed in Mark Haim's production, ‘This Land is your Land,’ and also choreographed a production named Dhwani. He continued choreographing dance productions such as Gandhi is Alive, Resonate, Talkative Dancer and Dhrut that have been performed in Mumbai, Delhi, Pune, Jaipur, Seattle, Lisbon, New Jersey, New York and Bali. Other than performing at dance festivals across the country, Sumeet along with his company has danced and choreographed for television projects and advertisements. He has also worked on film projects with various Bollywood celebrities such as Priyanka Chopra, Sonakshi Sinha, Ayushman Khurana, Anushka Dandekar, Deepika Padukone & Hema Malini. Sumeet was also a judge on the first season of the television show ‘Dance+.’ His recent work ‘Trishna,’ that is inspired by debates surrounding female empowerment, premiered at the closing of Kala Ghoda Arts Festival Mumbai on 12th Feb 2017. It was received with a standing ovation by 3000 people. 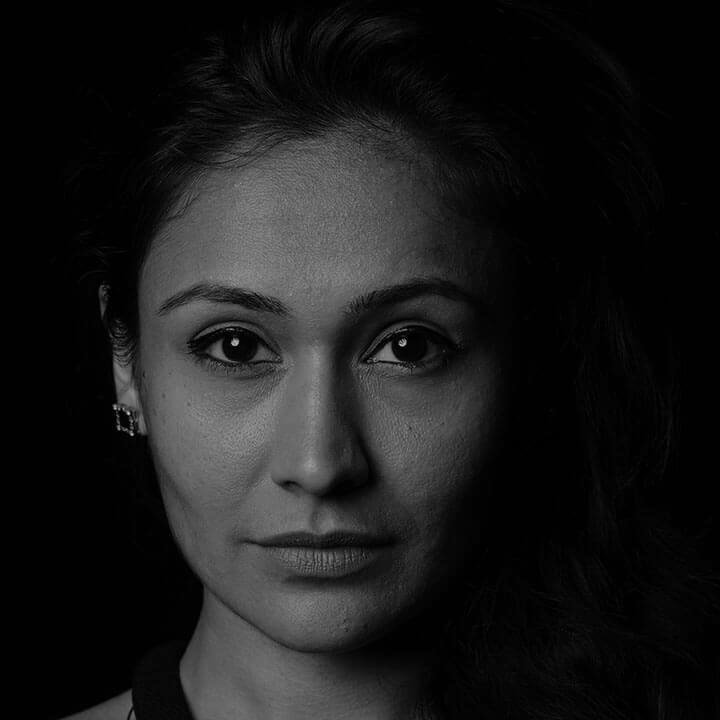 
Since the age of five, Sasha has participated in more than forty ad-commercials and three television sitcoms. She continued her love for acting and modelling in her high school and college days. In 2007, she graduated from Jai Hind College with a distinction in mass media. She then went on to create and establish SNDA with Sumeet. Post SNDA’s initiation, she took some time off and shot for a Hindi Feature Film, ‘Tere Mere Phere’ as the lead actress in 2011. She then did some collaborative theatre work with Sumeet, while continuing to run SNDA. She is now blessed with a son, and spends her spare time creating acrylic and oil paintings on canvas. Sasha also handles the television, film and large-scale projects for SNDA as a producer. 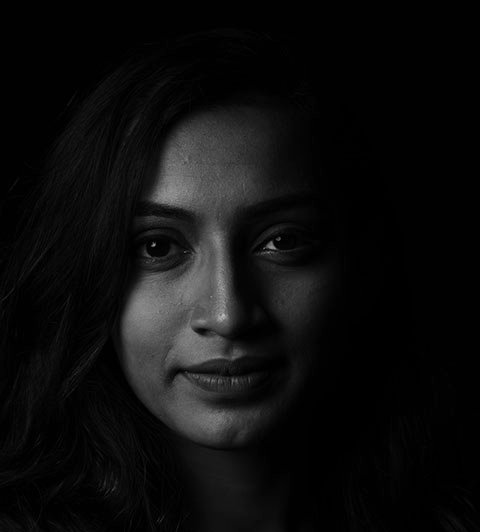 
19-year old Reshma Sharma was pursuing her SYBAF from Lala Lajpatrai college when she was approached by artistic director Sumeet at a college event. She came to SNDA in 2016 as a scholarship student, despite no prior training in dance. She completed her training full-time in the Professional Dance Certification (PDC) programme in 2018 and is currently the company’s principal dance artist. She also facilitates hip-hop and contemporary classes at SNDA as a senior teacher, and aspires to achieve excellence in performance and teaching. 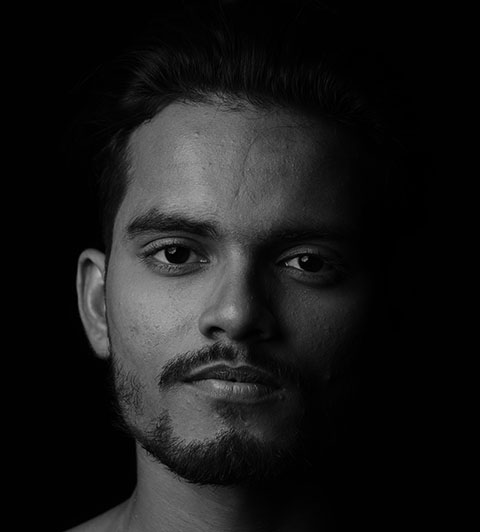 
Inspired by the movie Breakout, Shubhankar Mehra started practicing B-boying, hip-hop and mixed martial arts at the age of thirteen. Shubhankar trained in B-boying for seven years, before participating in the Red Bull BC ONE International B-boying Championship during 2016. He came to SNDA as a PDC student in the same year, with the aim of learning newer dance styles. He was then offered a scholarship with SNDA. Alongside his training, he also focuses on fitness programs for dancers, as the fitness manager at SNDA. On the creative front, Shubhankar enjoys fusing B-boying and hip-hop, with jazz and contemporary. As a Bachelor of Banking and Insurance graduate, Shubhankar now spends the majority of his time committed to performing for SNDA, perfecting the art of calisthenics, and researching fitness and nutrition to benefit the health of all dancers at SNDA. 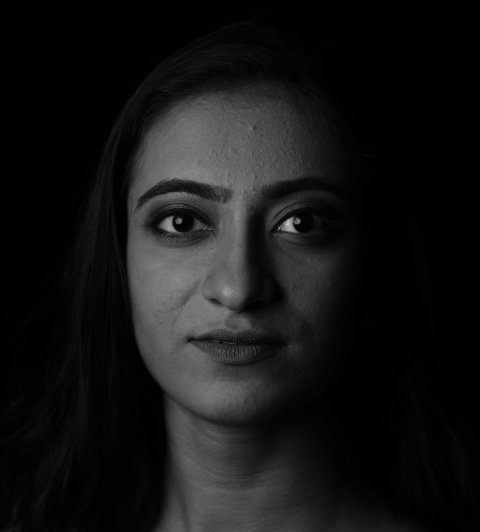 
18-year-old Neha had never learned how to dance prior to stepping into the SNDA studio in 2016. Her passion for dance grew as she pursued the Professional Dance Certification (PDC) Programme, and her remarkable progress led to her joining SNDA as an intern in 2019. She is currently training in Contemporary, Jazz, Ballet and Hip-Hop at SNDA, while continuing her academic studies in the Arts. Neha has performed in over 50 shows and musicals within a short span of 2 years. She aims to excel as a performing artist and is eager to share her knowledge through a future career in teaching. 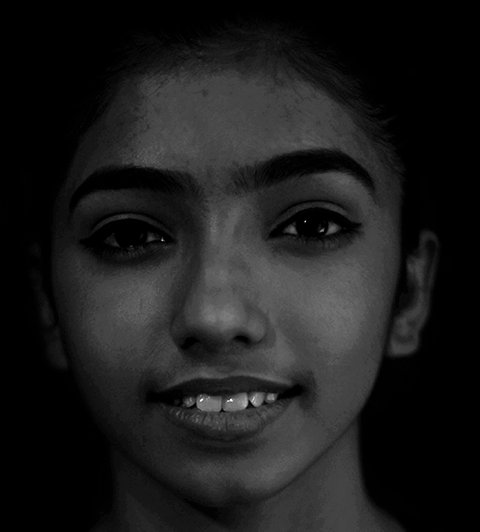 
Sara was drawn towards dancing in her early childhood. She trained herself in the Indian classical dance form Odyssey for 6 years, before exploring other dance styles. Her exploration eventually landed her at SNDA in 2015. After a year of learning Jazz and Contemporary through community programs, she decided to join the PDC program in 2016. Today at the age of 16, Sara is the youngest student to join SNDA as an intern and perform for the majority of the company’s shows, events and musicals. On the academic front, Sara is studying Commerce and has learnt how to maintain the perfect balance between her studies and dance. 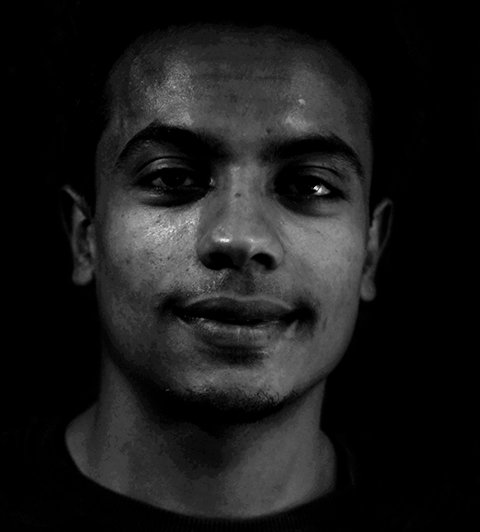 
Aniket started dancing at the age of 13, taking inspiration from the reality show, ‘Dance India Dance’. He received a scholarship to attend SNDA in July 2018 and is currently in his 2 nd year training full-time under the PDC programme. Aniket’s interests lie in many different fields; he is a Bachelor of Computer Science Application graduate, and is starting an online human anatomy course in 2020. Despite this, his main focus is on the Contemporary, Jazz, and Ballet classes he is enrolled in, and the Hip-Hop classes he runs at SNDA. The 21-year-old hopes to use his training and experience at SNDA to pursue a successful career in dance at an international level. 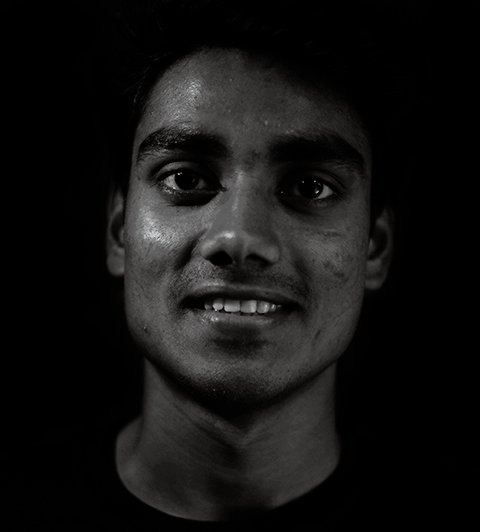 
Ismail started dancing at the age of 14 when he was recruited through SNDA’s Project Ahsas as a scholarship recipient. Having never danced before, he was unaware of his love for performing. He soon realised that he wanted to turn his passion for the art into a career, focusing on dance full-time. As well as travelling with the company as a performer, he has completed his training in the PDC programme at SNDA and is currently an intern. The 19-year-old aims to gain more valuable experiences through his journey with SNDA and perfect a variety of dance forms that he can share with people across the world. 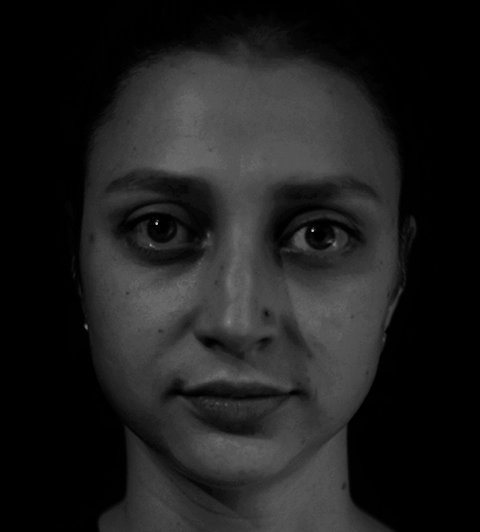 
Oxana began dancing as a 4-year-old in Russia and always knew that she wanted to perform professionally. After hearing about SNDA through her sister, she met with Sumeet and made the decision to move to Mumbai in order to dance with the company. She joined SNDA in late 2018. Living in India and travelling as part of the company, Oxana has found a new home within SNDA. She is currently an intern and partakes in Jazz, Ballet, Hip Hop, and Contemporary classes. Oxana plans to continue interning and eventually take her experiences with the company further, sharing her love of dance with the world. 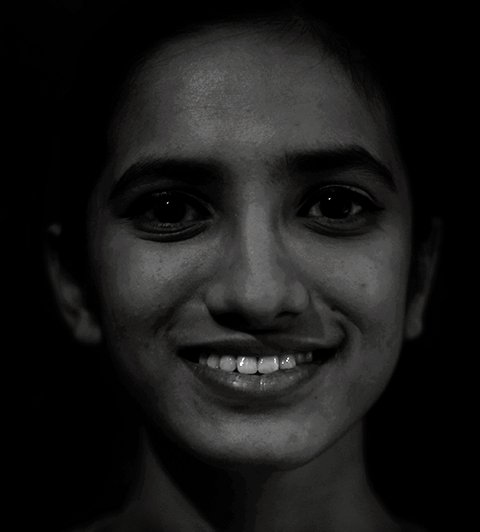 
Aakanksha was auditioning for a reality TV show as an 11-year-old when she first encountered dance. After witnessing a group of dancers performing various styles, she became curious and was inspired to start dance lessons. She joined SNDA in 2019 at the age of 18 as a Hip-Hop student. She is now training full-time under the PDC programme while also studying a Bachelor of Arts at Sathaye College. Aakanksha aims to complete her dance studies and go on to become a dance teacher. Her long-term goal is to travel the world as a professional dancer. 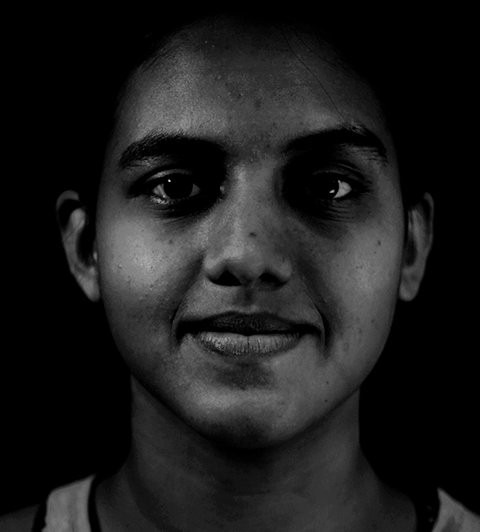 
Ashma started dancing at the age of 11 and joined her sister Reshma at SNDA in 2019. Now 20-years old, she is currently in her first-year training full-time in the PDC programme, while also interning at the company. She is enrolled in Jazz, Contemporary, Ballet and Hip-Hop classes, and helps with photography and social media posts. Not only is she committed to her time at SNDA, but she is also managing to simultaneously study a Bachelors in Finance and Management! 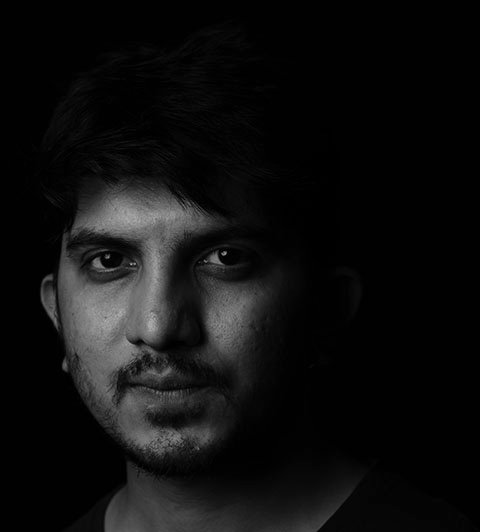 
An ardent Bollywood dancer, Viren Lakum facilitated Bollywood dance sessions for several years prior to coming to SNDA. The urge to explore other dance styles and strengthen his dancing skills led him to the company, and he joined the full-time Professional Dance Certification (PDC) programme in 2013. After completing the course, he joined as a full time dance artist and a member of the SNDA teaching faculty. Today, Viren devotes his time to being a part of the SNDA team within the company division. On the technical front, Viren excels in music editing, videography, video editing and archiving; he currently plays a major role in handling the direction of the ‘dance on film’ division at SNDA. 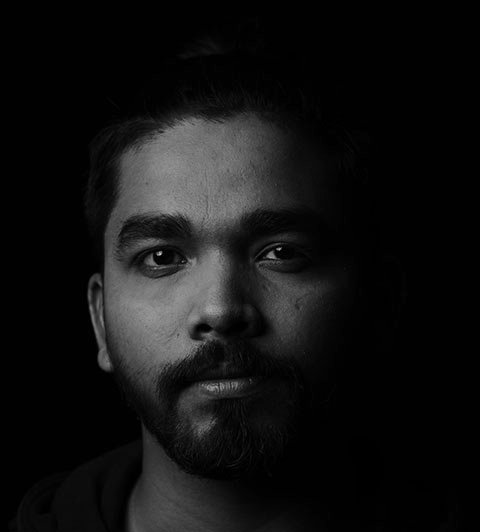 
Krunal started dancing at the age of 17 and freelanced for almost 4 years, facilitating dance programs and workshops at schools and within the corporate sector. He has performed at multiple shows and events, and joined the technical division of SNDA in 2019 as the archive manager. He is now training part-time as part of the PDC programme and attends Hip-Hop, Contemporary, Jazz and Ballet classes at SNDA. In his free time, Krunal enjoys sketching and further developing his technical experience in videography and photography. He hopes to become a professional dancer and travel the world, showcasing his talent as an artist. 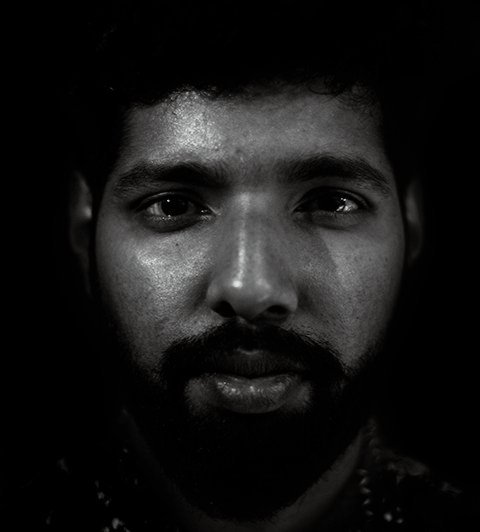 
After being inspired by his favourite animations and films, Aditya began experimenting with video edits and discovered his hobby in shooting and editing clips. With four years of experience in the field, he joined SNDA in 2020. His role involves filming SNDA performances, merging the clips to form edited videos, and posting the finished products online for easy access through SNDA’s Instagram, Facebook, and YouTube accounts. Aditya has graduated from a Bachelors in Commerce and Mass Media, and studied a post-graduate degree in Tourism. He spends his free time playing football and watching dance videos online.